I read some market commentary from a well known discretionary fund manager (the modern name for a stockbroker) the other day who made reference to “positioning themselves for a recession and an accompanying bear market”.

What they mean by this is a movement out of shares and into government and corporate bonds in an attempt to minimise the downside risk of stock market losses.

This type of prediction and ‘strategy’ is common amongst wealth managers and it frustrates me because firstly, the economy is not the stock market. The latter invariably proceeds what is going on in the former. Looking back to the recovery from the Great Financial Crash of 08/09 the stock markets around the world recovered long before there was any talk of green shoots of economic recovery.

According to the Office for National Statistics it took the UK economy 5 years to recover from the 2008 recession (and some sectors like manufacturing still haven’t recovered). Whereas, the FTSE 100 bottomed out in March 2009 at 3,830 (a fall of 55%) but had recovered by the end of 2013 (and that’s ignoring any dividends investors received during that period). The S&P500 in the US had recovered 6 months earlier.

However, the most frustrating thing about positioning portfolios for a bear market and/or bull market is the simple fact that markets can’t be timed, not on any consistent, skilful basis. There are too many variables and unknowns to make it possible for any expert to get it correct not once but twice (getting out and then back it) and repeatedly doing so overtime.

The only certainty is that it will cost the fund manager’s clients money; the higher fees for this so-called ‘expertise and insight’ and the extra transaction costs that are incurred every time holdings are bought and sold.

Thinking about this market timing mentality I have done some research to find out how often a timing decision might work out for an investor. It turns out, rather than applying any insight or expertise, you might as well flip a coin. Even then you are better staying in the markets because the odds of the market being up over any given time period is better than 50%.

The methodology I used was to use Yahoo Finance to look at the daily returns of the FTSE 100 over the past 10 years. The chart below shows how variable the daily returns are (which is to be expected from a stock market that is traded daily by millions of people the world over). It is measured by the daily points change in the index.

How can you find any pattern in that?

Looking at it another way, over that 10 year period the FTSE was up 52% of the days. Hence it is a coin toss decision. 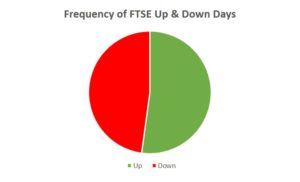 What about weekly? Is there more chance of getting calls right if you do it on a weekly basis?…

… Not so much as the charts below show. 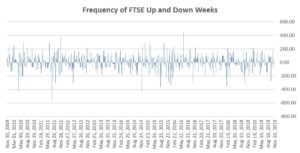 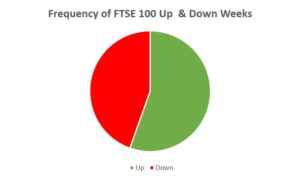 But any self-respecting fund manager won’t tinker with a portfolio on a weekly basis, and certainly not daily. So what if they made monthly changes, what chance do they then have of making a correct call? 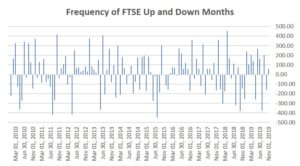 or a 56% chance of the market being up on any given month. 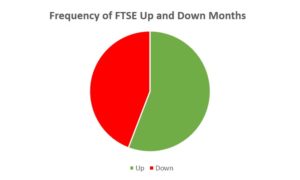 But wait! A fund manager makes tactical changes to benefit from expected changes on a longer-term basis than yearly. If they believe the UK economy is going into recession they can take shelter for the year and ride out the storm before going back into the market and enjoy the full recovery.

Except, that when looking on a year by year basis, this time looking at the past 10 calendar years, the FTSE has been up more often then it has been down. 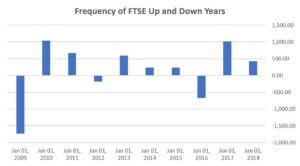 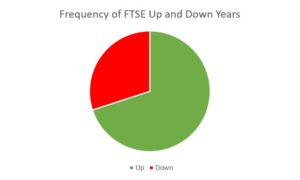 “Yeah, but we’ve been on a 10-year bull run, what about over a longer time period? That’s when you see how a discretionary fund manager adds values through their unique insights and experience!”

Nope, not when looking at each calendar year since the FTSE 100 was launched back in 1987. 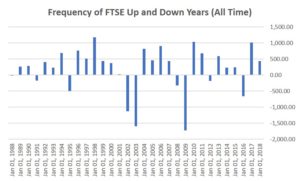 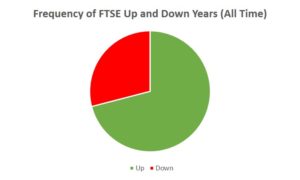 And this positive trend isn’t unique to the UK only, shares on the S&P500 have been traded since 1927 and the story is much the same: stock markets go up more then they go down.

This period includes the Great Depression, World War II, the Cold War and the Vietnam War and still, the stock market enjoyed positive calendar year returns 70% of the time. 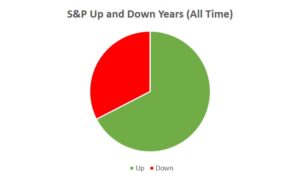 The message to take away from all this is that, yes stock markets do crash, and when they do it can be painful (as per the Great Depression and the Great Financial Crash) but they recover quickly and are up more times than they are down so trying to position a portfolio because a downturn is expected is futile.

As stated at the start of this article, there is little evidence to suggest that anyone can successfully time a decision to get into and out of a market to avoid the falls and maximise on the gains on a consistent basis. And, as explained in my emoji guide to investing, the successful investor stays calm when all those around them are riding the emotional roller coaster.

All data is taken from Yahoo Finance.

Photo by Steve Smith on Unsplash 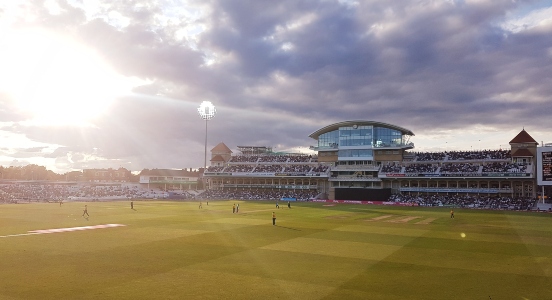 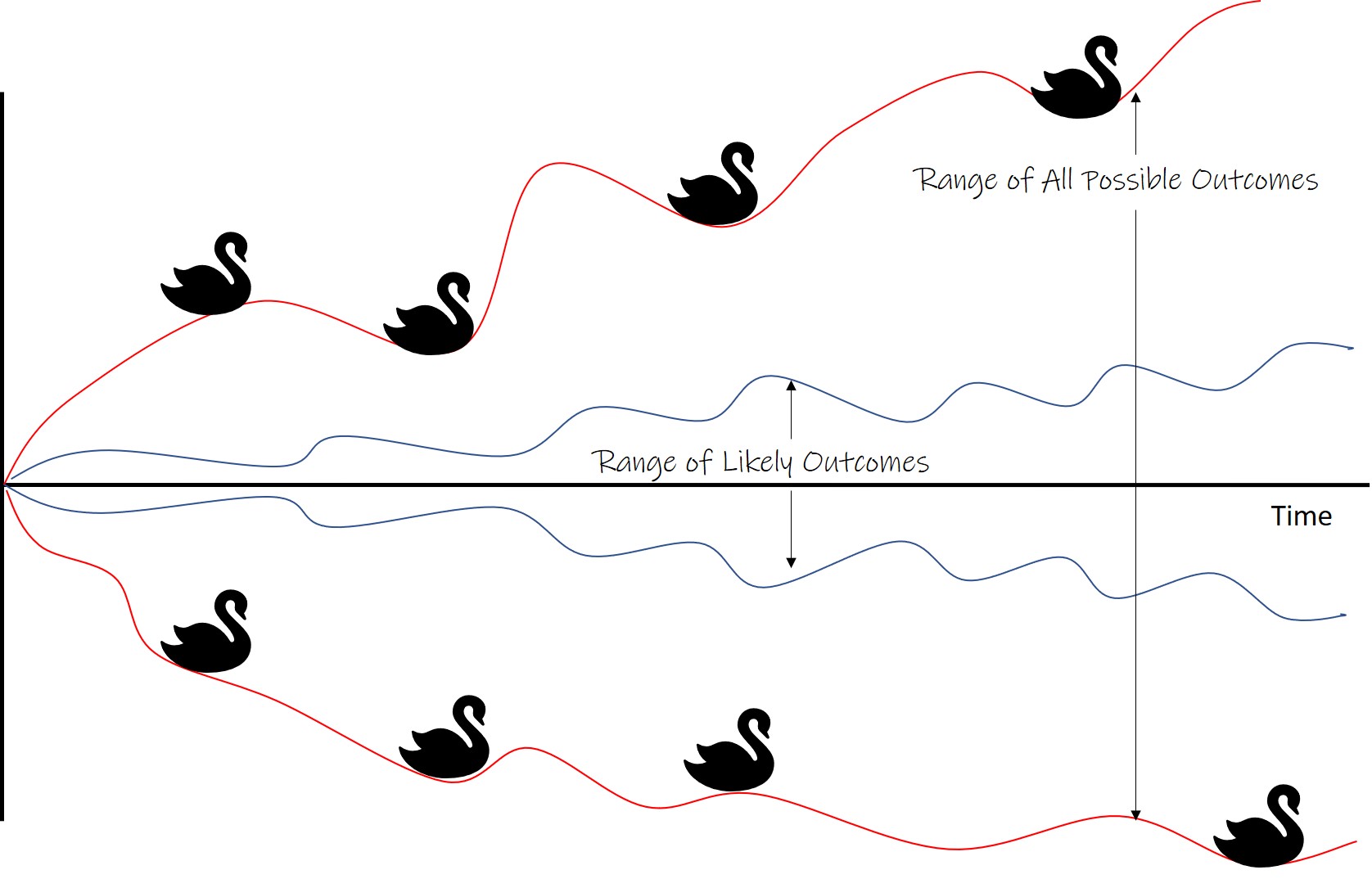 Why Coronavirus & Liverpool Losing 7-2 Is Unexpected But Not Surprising

“I Like Property Investing Because I Want Control” – Really? 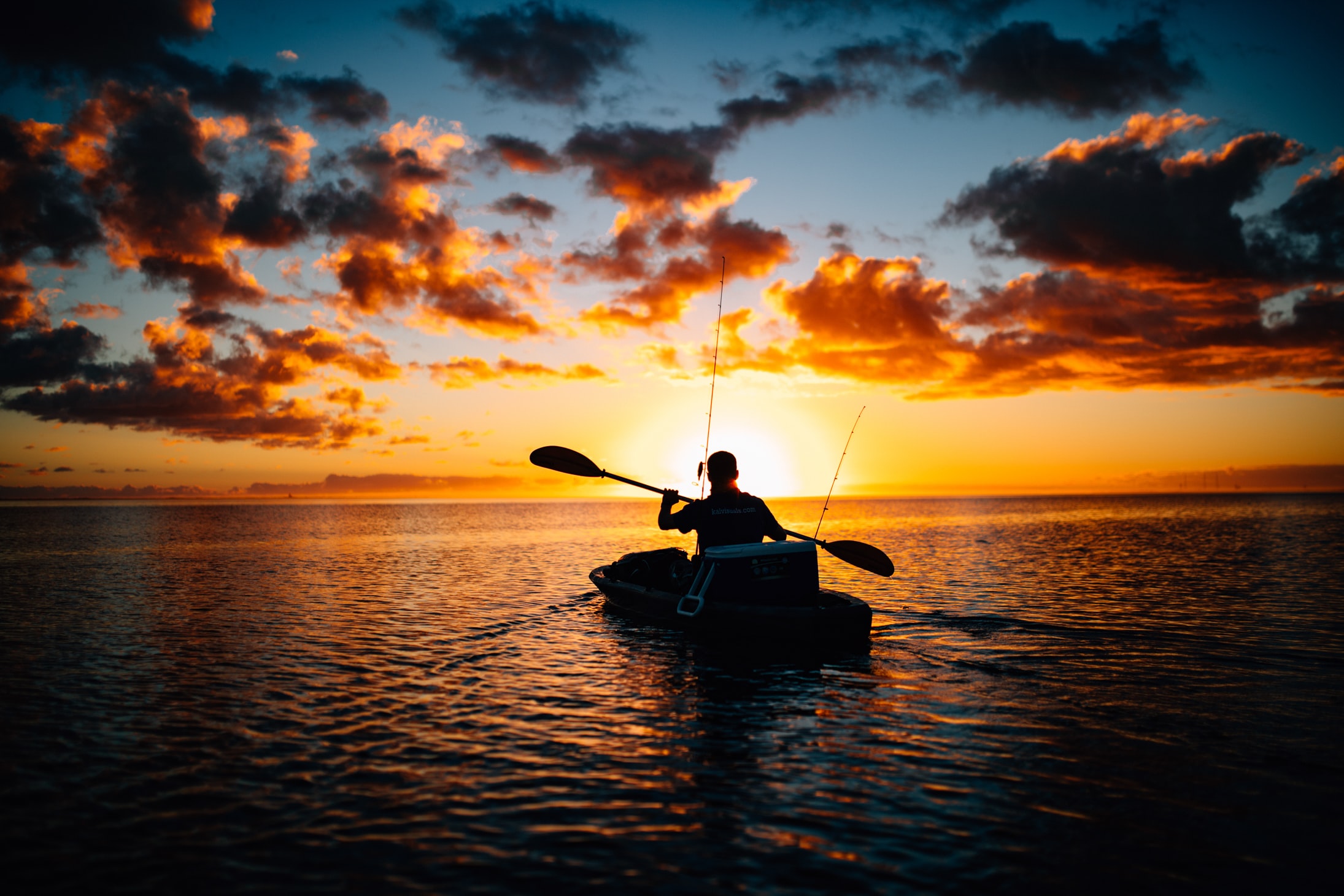