Charles Darwin, On the Origin of Species

The diversity of life on earth during the age of the dinosaurs and now is as fascinating as it is wonderful and what never fails to amaze me is how nature has devised ways for life to occupy so many unique niches, from highly successful and omnipresent rat to niche species like the spider tailed viper that lives exclusively in the deserts of Iran.

The other remarkable aspect of nature is for its ability to adapt and evolve so that, while species may become extinct (as per the dinosaurs), others come in to fill the vacuum left behind as was the case with mammals and birds that succeeded the dinosaurs.  Or others, like the crocodiles and sharks, that have survived for millennia due to the dominance and success in their niche.

Parallels can be drawn from nature to the world of investing. Large, global companies that one would assume would never fail are replaced by new players as the social, political, economic, legal and technology world evolves around them. Those companies that fail to adapt are usurped by newcomers that are leaner, more agile and fulfil a market niche better than the incumbent.

Here is a list of the largest companies in the world, ranked by market capitalisation  in 1993:

Note also that they are all American with the exception of HSBC.

There are a few things to point out from this:

Why Am I Telling You This?

There are a couple of reasons why I’m making this comparison between nature and companies generally, and the evolution of companies specifically.

Firstly, to show that, from an investing point of view, it is a mistake to think the best investment approach is to choose a few large-company stocks to invest in and enjoy the growth and dividends that are paid. Look at General Electric’s share price over time*. Backing the company to be the source of your wealth creation and income generation would have been a mistake since the mid to late 1990s. 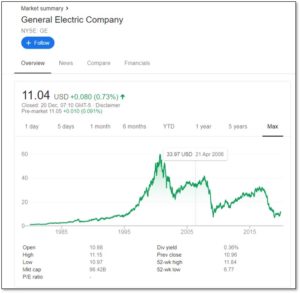 Secondly, despite cyclical recessions and market crashes, such is the nature of capitalism, the value of economies and markets drive on in an ever-upward trend. Choosing not to be part of this progression due to fear of the blips is to potentially cost you long-term financial security and independence.

It is anyone’s guess which companies will be amongst the 10 largest a quarter of a century from now but it is highly likely they don’t exist at present. As big companies die out, like the leviathans that existed millions of years ago,  new ones will make the most of the opportunities that exist within the ever-changing landscape.

The good news is that you don’t have to be Nostradamus to prophesy which companies will be the winners or even which sectors or nations they will be based in, simply by investing in a basket of stock market indices comprising large, medium and small global companies you can guarantee that you will be part of the ever-advancing march of economic forces.

Photo by Huang Yingone on Unsplash 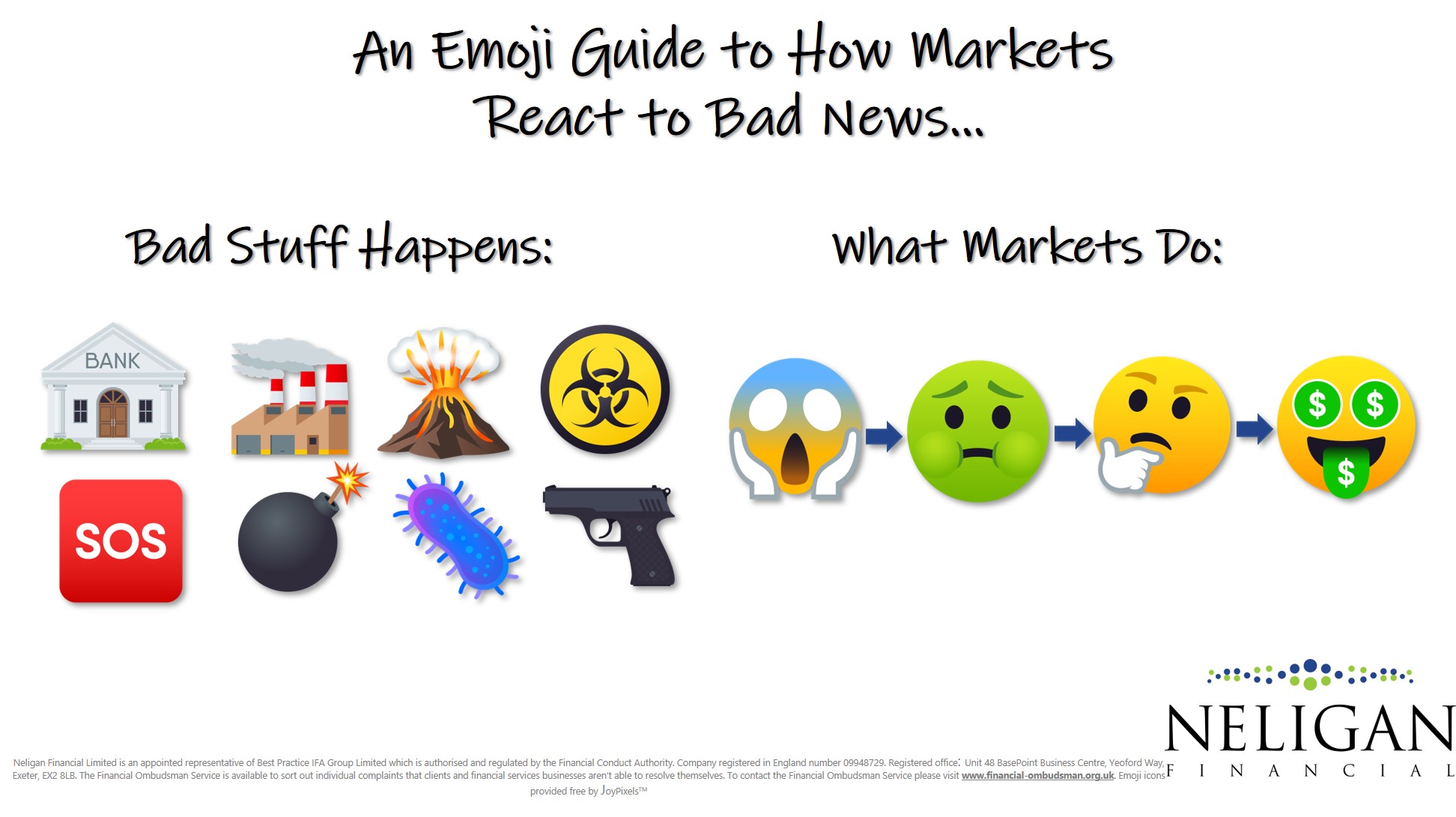 An Emoji Guide to How Markets React To Bad News