My wife and I have just finished watching the engrossing Narcos which portrays the life and hunt for the Colombian drug lord Pablo Escobar.

Some of the facts regarding his wealth and operation are mindblowing. Did you know that reportedly:

– He was born into a poor farming family but was one of the world’s richest men by 35. He was 7th on the Forbes Rich List in 1989.

– His wealth was estimated to be £30bn

– He smuggled 15 tonnes of cocaine into the US every month and supplied 80%  of the world’s cocaine.

– He couldn’t launder all the money he made so he buried it in farmland and hid it in walls. It is estimated that over $2bn would have rotted or been eaten by rats.

– He once burnt $2m in cash to keep his daughter warm.

With the combined force of the Colombian Government, their special forces, the DEA, CIA and rival cartels all hunting him down he lived the remaining months of his life on the run separated from his family.

Was it worth it?

Of course there is no justifcation for the misery and death he caused around the world directly and indirectly but, with my financial planning hat on, what particularly struck a chord was, was it worth it?

Pablo Escobar couldn’t have understood that money has no inherent value. Neither could he have asked himself how much was enough; how much money did he really need to do everything he ever wanted without money worries? Some basic financial planning may have made all the difference to him.

I wonder if his final thoughts were ones of regret.  Not for the destruction he caused, sociopaths don’t think that way but would he preferred to have retired sooner, chosen a life of luxury and comfort with his mother, wife and two children rather than chase more money and end up being the one chased?

For the readers of this financial planning blog, the source of wealth and numbers involved will be different but the basic question of ‘how much is enough?’ is one everybody should ask themselves.

Knowing the answer will put you in the enviable choice of stopping work when you wish to and enjoying your ideal lifestyle or continuing to work because you wish to.

Should I Invest in Bitcoin?

Market Timing Decisions. You Might As Well Flip A Coin 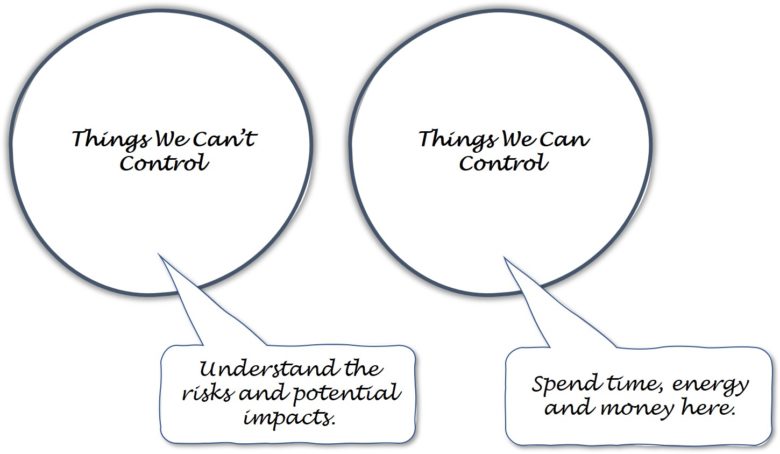